From Grammy Academy to your wedding: the winning songs

The 60th edition of the Grammy Awards at Madison Square Garden in New York has just ended. Protagonist of the event was Bruno Mars, with seven Grammy, which were added to the 11 of the previous editions. He won, in fact, in all the categories in which he received the nomination, included the two most prestigious: better song (That’s What I Like) and best album (24K Magic). We are proud of this, since Professionalweddingdj often proposes for classy wedding parties in Italy, Bruno Mars’s songs. 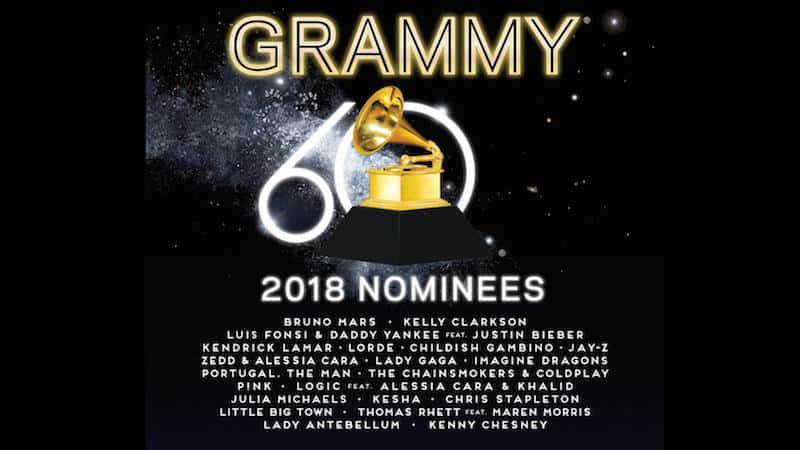 If you are looking for a real professional wedding dj in Italy, fill the form below:

In the pop category, it was Ed Sheeran who won two golden gramophones: best pop performance with the song Shape Of You and best Pop Vocal Album, with Divide. While the award for Best rap song went to Kendrick Lamar with Humble.

Luis Fonsi with his global hit Despacito, nominated among the five songs of the year, was left empty handed.

Moving towards other musical genres (that we explore less frequently) here are the winners for the Best Rock Song: Foo Fighters with Run.

Alessia Cara was the only woman to pick up a golden gramophone (best artist debutant). Nevertheless women were the stars of the kermesse: in particular Kesha (her album Rainbow was nominated in the Best Pop Vocal Album category) brought on the stage an emotional performance of her song “Praying” with the help of Camila Cabello and Cyndi Lauper.

As regards dance music, Best Dance Recording went to LCD Soundsystem- Tonite (not very known in Italy, unlike Cola by CamelPhat & Elderbrook, which was among the nominations). While Kraftwerk (pioneer of electronic music, in the 70s) won the Best Dance / Electronic Album with 3-D The Catalog.

If you are looking for a real professional wedding dj in Italy, fill the form below: