Have you ever thought about a Vinyl-Wedding?

While in these summer days we are working hard on a lot of wedding parties… (especially, destination weddings in Como and Lago Maggiore lake) we read on the site musicoff.com that someone is instead celebrating a particular anniversary: the “five millionth” disc added to the collection of vinyls! 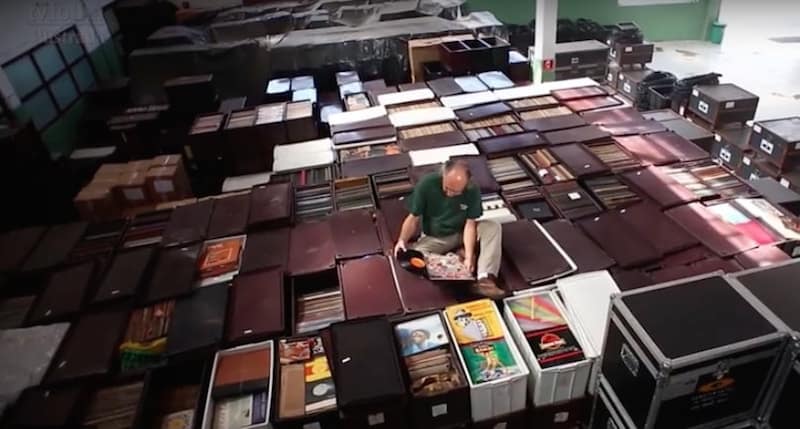 The protagonist of this story is the brazilian José Roberto Alves Freitas, a man in his sixties who, inherited from his father a turntable and a small collection of 200 vinyl records. At the rate of 25,000 records bought every month, today, José  has reached the goal of 5 million vinyl records! As you can see from the picture, to host them, he even rented a large shed! A collection that would envy even Red Ronnie (known in Italy for having tens of thousands of albums!). Stacking all José’s records… for sure, a “musical skyscraper” could be built 🙂 (perhaps, in the future, the collection will arrive on the moon?)

We, too (in particular, Jody Belli, the CEO) are vinyl record lovers and collectors, we started collecting them in 1990 … until today (of the “rebirth” of vinyl we have already talked about HERE).

In particular, it is an opportunity to focus attention on one of the most interesting “plus” of our DJ service for weddings in Italy: the DJ set soul/disco/ funky strictly with “old” mix and LP records, and played with the legendary  turnatanble Technics 1200! It is a refined selection suitable for aperitif and pre-dancing moments; from George Benson to Earth Wind & Fire, passing through the Commodores and Diana Ross.

Here, a sample of our work:

If you also want a unique wedding party, with a vinyl DJ set, contact us HERE!