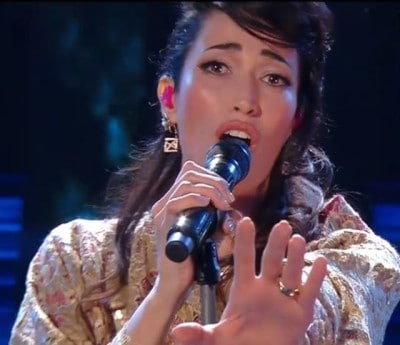 DJs for wedding and quality music, the Festival of Sanremo

After several articles of international music, here we are talking about Italian music,
at a time, however, about the Sanremo Festival, the most important music award in Italy. But, sometimes, the quality of the proposals is often not up to the high standard of ProfessionalWeddingDJ. Leaving out the bad songs, we prefer to deal with two singers that have “saved” the festival: Malika Ayane and Nina Zilli, that have played on stage, respectively, “qui e adesso” and “Sola”

Malika Ayane after working as a singer at the Teatro La Scala in Milan, publishes Feeling Better, which became a smash hit in Italy, and arrives at the stage of San Remo in 2009, in 2013 and this year, with “qui e adesso”, a beautiful song, suitable for example for the dinners of wedding parties. This piece, by the way, is perhaps the only slow in this new album, which reveals the more cheerful side of the singer, who always manages to express himself with elegance and lightness.

Nina Zilli (named after his favorite singer, Nina Simone, with the mother’s surname) studied at the conservatory soprano, and worked as VJ for MTV Italy. In Sanremo, she performed a beautiful blues, which confirms his musical reference: Nina Simone, Otis Redding and Etta James. He also studied R & B, reggae, soul and Italian music of the sixties, which has been able to interpret very effectively (with Giuliano Palma) in “Cinquantamila caffé”. Nina Zilli, among other things, you can also see in this concert at the Blue Note in Milan, local that we can recommend highly: a temple of music that has seen on its stage even great artists like Incognito, Ray Gelato, Nick the nightfly.