The wedding between rapper Fedez and fashion blogger Chiara Ferragni got the whole of Italy buzzing, some say it was the most discussed wedding of the year, and this wanst mainly down to the fact that both bride and groom were media icons in thier respective rights. It also had to do with the theme which was chosen for the event which held at the estate Dimora delle Balze. The wedding adopted a Coachella festival inspired theme.

Americans do not take the Coachella Arts and Music festival which has been going on for almost 20 yars likely, it is an event that generates massive following and attendance. However, the event just began to gather attention in Italy a few years back, and this is partly due to the fact that the bride regulary attends the festival in California. Although she missed the 2018 edition and as a result decided to make it the theme for her wedding, recreating some of its exciting features, like the giant Ferris wheel. I know you getting all excited already, however before you get your pulse racing, lets pause a bit to take a look at some of the lovely features that brought this event to limelight. First things first, i think the main attraction to this even is largely due to its versitility; a rare combination of arts, fashion and music. 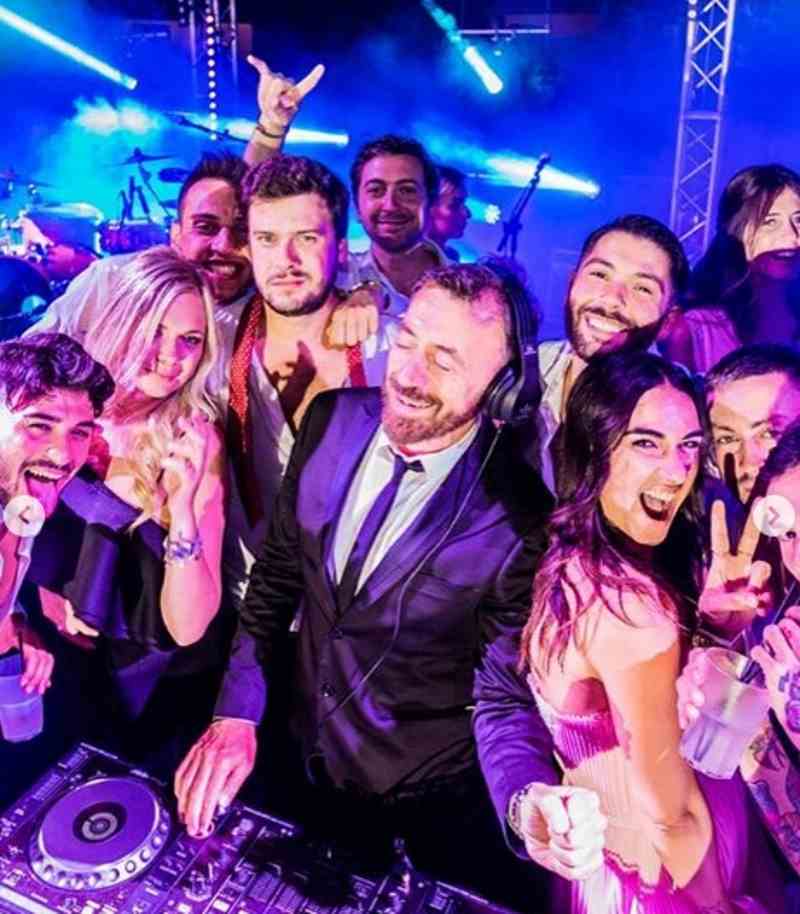 The music cuts across multiple genres, for instance, the 2018 event was graced with perfomance from musicians like Post Malone, Cardi B and musical legends like Jamiroquai and Beyonce. That is not to say alternative music was left out, as the Coachella audience are always looking to appreciate new forms of music.
The DJs also had their feel, with renditions from AlanWalker and Deorro in addition to a classic performance from 70s hit maestro Nile Rodgers (in the photo above, of the Ferragni’s wedding, the famous italian DJ Benny Benassi).
Adopting this event into a wedding theme means organising a program which mixes classical songs and hit songs together while at the same time alternating sounds from the live band and the DJs booth. This blend of music and sound creates a lovely atmosphere that is universally appreciate by guests of all ages.
Another main feature of the Coachella event is art. Each on display at the festival are works from top emerging artists from all over the world including those with Italian origin.

The 2018 edition featured works from Edoardo Tresoldi, which were displayed in the Empire Polo Fields, California.
Another feature that sets the pulse racing at the festival is fashion. This alone is the main reason why the bride has always made it a point of call to attend the event. Although the event has no unique dress code, it is typical for guest at the event to come in looking chic, coloful and hippy with vintage accessories and some cowboy looks.

If you are going to organize your destination wedding in Italy, feel free to contact us, we are more than happy to share with you our skills and passion about the wedding entartainment! We are the wedding DJs you are looking for!