The last CD factory in USA shutdown … but we at ProfessionalWeddingDJ do not give up!

Tightened in the grip between the streaming music and the comeback of the vinyl, the industry of compact discs is giving up: also the largest factory, Sony’s one in Indiana, closed. A bad news for us, DJs for weddings in Italy: we appreciate the many benefits of this support. In the last years the CD, born in 1982 from the collaboration between Sony and Philips, has showed several symptoms of its decline. For example, the slot for the CD has disappeared in new generation cars.

THE ADVANTAGE OF RELIABILITY

After the shutdowns, in 2011 and 2015, of other two establishments, Sony decided to stop the production at the historic Terre Haute factory in Indiana. In this factory, which have produced more than 11 billion of compact discs in 33 years and was the first opened in North America, only the division that produces the videogames discs will go on. But it is not yet known for how much time.
Of course, with the give up of Sony, the CD has not definitely disappeared, since there are still many companies that produce it (in France, California and Germany the best known), but the future is now marked. The big numbers are impossible nowadays, but the compact disc could continue to have its niche market, with special boxes full of gadgets for collectors, as the ones that rage in the Christmas period.

At ProfessionalWeddingDJ there is still space for the CDs: we always take with us, in addition to the controller and the computer, the “legendary” Pioneer CDJ and our CD collection stored in sorted folders. The reason for this is reliability: although the computer has never crashed, we know that the CDJ is really “strong” and nothing stops it (you cannot say the same for the more delicate computer).

MUSIC FOR WEDDINGS IN ITALY: THE COME BACK OF THE VINYL 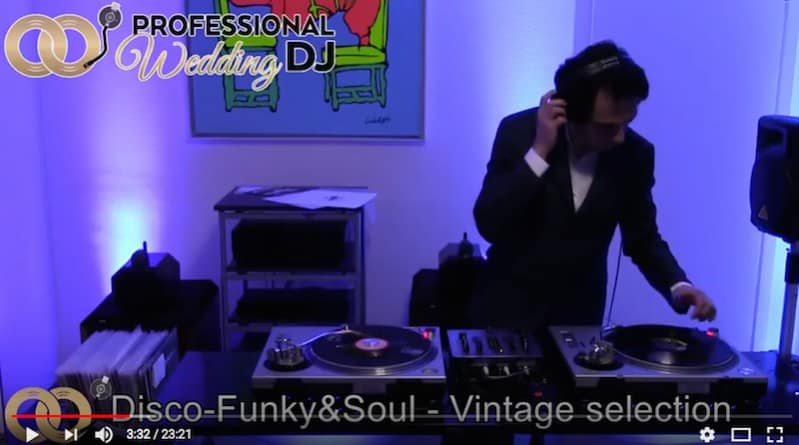 Despite of CD agony, the dear, old vinyl is experiencing a second youth (vinyl records sales exceeds compact discs ones, worldwide) thanks to high quality records for audiophiles and new editions, not only by independent labels. For example, even mainstream groups such as Coldplay have their latest work on vinyl as well. We at ProfessionalWeddingDJ are big fans of the “black disc”, especially for 70s revival: we have a large collection of disco-funky music, refined or more “commercial”, ideal for listening (for aperitifs) or for dancing. The wedding parties with our Vinyl DJ Set (we are specialized in destination weddings in Italy) are always a great success: if you want to see us in action (in the video Jody Belli DJ), below, the video!